Anthony Horowitz will present the Marsh Award for Children’s Literature in Translation 2009, at a ceremony at the English-Speaking Union, on 20th January 2009. The Award of £2000 will go to the winning translator.

The Marsh Award for Children’s Literature in Translation was designed to spotlight the high quality and diversity of translated fiction for young readers and is presented biennially. Since its inception, in 1996, there has been a steady increase in the number of children’s books translated into English and published in Britain. For the current award the list of submissions has increased substantially and includes books translated from Chinese, Danish, Dutch, French, German, Greek, Icelandic, Italian, Spanish (including an entry from a Cuban author), Swedish and Yiddish.

The judging panel was excited by the high quality of submissions and after animated discussion, have selected six excellent stories, all beautifully told.

Borders UK has agreed to work with publishers to promote the shortlist throughout all their stores in January 2009.

This is a rich and diverse shortlist. Some of the books give an insight into other cultures, others have a mind-stretching sense of place or time and all of them are great stories, reminding us that some of the best children’s books can come from beyond our shores.


When the Snow Fell by Henning Mankell translated from Swedish by Laurie Thompson
(Andersen Press, 2007)

Message in a Bottle by Valérie Zenatti translated from French by Adriana Hunter (Bloomsbury Publishing, 2008)

The award is administered by the English- Speaking Union and sponsored by the Marsh Christian Trust.
Posted by Carousel at Friday, October 31, 2008 No comments:

This interview links to the article on "We are all born free" in the current edition of Carousel. Do listen.

We Are Born Free – The Learning Curve BBC Radio 4 interviewed confirmed
Monday 3rd November Libby Purves will talk to Jane Ray and Dan Jones from Amnesty about We Are All Born Free. The interview will be live during the programme which goes out 20.30 – 21.00 and is repeated Sunday 9th November 23.00 – 23.30 .
Posted by Carousel at Thursday, October 30, 2008 No comments:

no to age banding campaign

"CILIP supports the aims of the “No to Age Banding” campaign. It believes that the age banding of books is unhelpful and potentially harmful to the enjoyment of reading by children" Visit www.notoagebanding.org for the full statement from the librarians.
Posted by Carousel at Thursday, October 23, 2008 No comments:

We are all born free 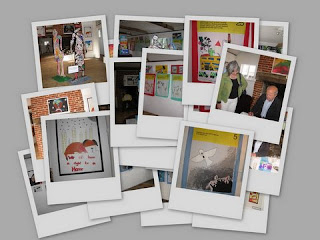 Frances Lincoln in association with Amnesty International have published We are all born free . This fine publication celebrates in pictures the 60th anniversary of the sigining of the Universal Declaration of Human Rights. There will be an interesting article by Judith Escreet Art Director at Frances Lincoln giving the background story to the project in the next issue of Carousel.

Halesworth Arts Festival school project was based on this book with Jane Ray and Amnesty Art worker Dan Jones going into Suffolk schools and resulting in a splendid exhibition. Open weekends during October at the Halesworth Art Gallery...see www.halesworthartsfestival.org.uk for details of opening times. The banners created will be moving to London and will be on show during workshops led by Amnesty at the British Library and the Imperial War Museum - contact both venues for details.
Posted by Carousel at Sunday, October 12, 2008 No comments: