Michael Morpurgo: Libraries and the NHS

The Evening Standard on 27.3.12 reporting on their Get London Reading Literacy Campaign quoted Michael Morpurgo as saying "A reading life leads to a wider understanding of the world around you and your place in it. It is something you can do all your life and free, as long as there are libraries" Keeping libraries free is as important as keeping the NHS free, he added "In this country we all believe that health care should be free at the point of delivery. Literature, stories and poems are the same. It is not something just for rich, educated and privileged people, it is for all of us."
Posted by Carousel at Saturday, March 31, 2012 No comments:

No less than four debut novels feature on the eight-strong shortlist for this year's CILIP Carnegie Medal; the UK's most prestigious children's book award which has a long track record of spotting new writing talent ahead of the game.

The eight books on this year's shortlist are variously suitable for readers of 12 years, or younger, bucking the trend of recent shortlists which have majored on teenage and young adult fiction. Against diverse settings ranging from contemporary England, outback Australia and wartime Siberia; to places imagined but with strong echoes of our turbulent world today; the shortlisted novels take young readers into the lives and minds of a diverse cast of characters as they contend with everything from bereavement; poverty, corruption and tyranny, to a recalcitrant young camel, and the difficulty of finding the right words.

GREENAWAY SHORTLIST CELEBRATES THE ILLUSTRATORS' ART, FOR READERS OF ALL AGES

Ink and photoshop, watercolours and wax crayons, papercuts, and even beetles and breadboards: an enormous variety of techniques and art styles are celebrated on the eight-strong shortlist for this year's CILIP Kate Greenaway Medal; the UK's most prestigious prize for children's book illustration, and the only one to consider illustration exclusively.

Previous winners Catherine Rayner and Emily Gravett have again impressed the judges with their skilful command of paint, layout and narrative; 2010 nominee Viviane Schwarz is back, her bold cats literally exploding from the pages; Petr Horacek and Vicky White both illustrate animals too, vividly, but in very contrasting styles: his puffin is rendered in bright, bright acrylics and wax, while she uses charcoal, paint and pastel to equally stunning effect. Meanwhile Rob Ryan's exquisite papercut illustrations perfectly match Carol Ann Duffy's text in The Gift.

This year the shortlist highlights the importance of illustration in books for older readers: Dave McKean's extraordinary piece of graphic storytelling is integral to David Almond's Slog's Dad; Jim Kay's atmospheric and textured images are an organic and vital element of A Monster Calls (also shortlisted for the CILIP Carnegie Medal). 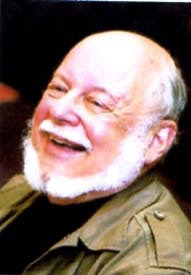 On the 50th anniversary of The Phantom Tollbooth's arrival on British soil, its author Norton Juster makes a rare visit to the UK. Juster will be discussing his life, work and inspiration, plus his much-awaited new book Alberic the Wise with writer, journalist and broadcaster Nicolette Jones.

Venue: The Gallery at Foyles,Third Floor, Charing Cross Road
Tickets: Free, but need to be reserved by adding the required number to the basket below or by emailing events@foyles.co.uk. No physical tickets will be issued: the order confirmation you will receive after adding ticket/s to your basket is your proof of reservation.
Posted by Carousel at Monday, March 26, 2012 No comments:

The Ugly Duckling
A Little Angel Theatre Production for ages 3+

A Little Angel classic keeping close to the spirit of Hans Anderson’s perceptive story. Accompanied by live music and voices, beautifully made puppets tell the story of the little Duckling who grows up feeling “different”. Meet Mother Duck and her charming family, the wise Blackbird, the friendly Bug-Eyed Toad and the pompous Great Gobble-Gobble Turkey. An adventure is waiting to be had ending in cheers aplenty with this classic tale.
Running Time: Approx 1 hour 10 mins including interval
Performance Dates and Times:
Sat 19 May – Sun 8 Jul 2012
Wed / Thu: 10am and 1pm (11am and 2pm during Easter holidays)
Friday: 1pm and 5pm (11am and 2pm during Easter holidays)
Sat / Sun: 11am and 2pm
Suitable for ages 3+

Workshops etc - details on the theatre website
Posted by Carousel at Monday, March 19, 2012 No comments:

This informative and utterly delightful short film, under 4 minutes, can be accessed from the Guardian web site
http://www.guardian.co.uk/childrens-books-site/audioslideshow/2012/mar/15/david-mckee-elmer
Posted by Carousel at Thursday, March 15, 2012 No comments: 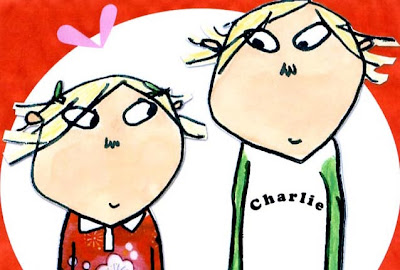 This lively Children's Festival takes place at Dundee Rep from 2-12 April. Full details on www.dundeerep.co.uk
Posted by Carousel at Wednesday, March 14, 2012 No comments: 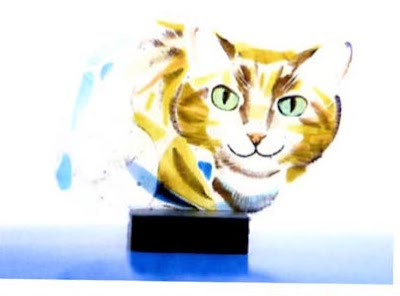 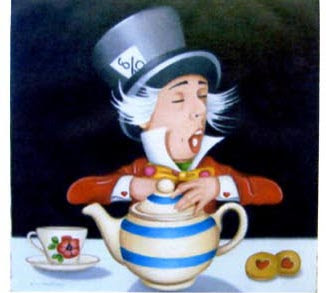 Artist, Marie Louise Wrightson is having a solo exhibition at the Leith Gallery, 65 The Shore, Edinburgh EH6 6RA from 3rd to 31st March.

Marie when asked about her inspiration said,

"Like many people, I have been influenced and inspired by fairy tales, cartoons, films and children’s books; especially the Alice in Wonderland stories. With cautionary messages and wonderful worlds in which to escape, little Alice, the Mad Hatter and The Queen of Hearts have always created an endless fascination and curiosity of wonder for me."

Marie is joined by sculptors Robert Ellis and James Coplestone of Robert James Workshop with their sculptures of various characters from the book.
Local stained glass artist, Emma Butler-Cole Aitken has produced some Mimsy Borogoves and a Cheshire Cat especially for the exhibition.

With recent reading initiatives to encourage children to read, including World Book Day in March, The Children’s Trust is re-launching its Big Book Challenge. Children of all ages are invited to take part in this special challenge to read as many books as possible over the next few months and, through sponsorship from family and friends, raise money for children with disabilities. Every penny raised will help to enhance the lives of some very special children at The Children’s Trust, who receive care, education and therapy, including children with an acquired brain injury.

Every child, who takes part in the Big Book Challenge, will receive a special certificate. In addition, each child who raises over £50, will receive a copy of ‘The Bestest Ever Bear’ poetry book, a delightful collection of bear poems. For more information visit: www.thechildrenstrust.org.uk/bigbookchallenge or call Sherene on 01737 365017.
Posted by Carousel at Monday, March 12, 2012 No comments:

The nation’s children have voted Diary of a Wimpy Kid by American author Jeff Kinney as Blue Peter’s Best Children’s Book of the Last 10 Years, beating J K Rowling’s boy wizard to the top spot in a special online vote.

South London author Gareth P Jones will also be howling with excitement to learn that his werewolf mystery The Considine Curse has triumphed to win the accolade of Blue Peter Book of the Year.

Blue Peter Editor Tim Levell comments on the winners:
‘I am delighted with our two winning books. They are very different in terms of subject matter: one about school life, one about a creepy family with a secret. But they're both funny, well-observed and well-written books that do exactly what Blue Peter tries to do: treat children as grown-ups. The awards even contained a bit of a shock, with Diary of a Wimpy Kid beating hot favourite and top-seller Harry Potter. The accident-prone American upstart has snatched a bit of the boy wizard's
magic.’

·
·booktrust.org.uk/bluepeter
·
Posted by Carousel at Thursday, March 01, 2012 No comments: