Mischief and mayhem at the RSC
Roald Dahl’s daughter plus very special musical guests celebrate eighth annual Roald Dahl Day
In celebration of the eighth annual Roald Dahl Day, Puffin is to host Roald Dahl Day Puffin Virtually Live, an interactive webcast streamed live on Friday 13th September at 2pm from the Royal Shakespeare Theatre, home of the Royal Shakespeare Company in Stratford-upon-Avon where the multi award-winning production of Roald Dahl’s Matilda The Musical premiered before transferring to London and New York.
This year’s Roald Dahl Day celebrations pay tribute to the MISCHIEF AND MAYHEM within the work of the world’s number one storyteller. We all love Roald Dahl’s more villainous characters, whether it’s the terrifying Trunchbull, currently wowing audiences in the glorious Matilda The Musical at London’s Cambridge Theatre, or the Grand High Witch – about to be immortalised in a new audiobook read by Miranda Richardson. And when it comes to MISCHIEF AND MAYHEM, nobody does it with more aplomb than Mr Willy Wonka, whether in the original book or played by Doug Hodge in the smash-hit musical which has just opened at the Theatre Royal, Drury Lane.
So what mischief and mayhem will take place at the RSC on the 13th September?

Francesca Dow, MD of Penguin Children’s, said, ‘Puffin’s programme of Virtually Live events demonstrate our desire and our ability to reach hundreds of thousands of children worldwide with rich and varied content from some of our greatest authors and illustrators. We are extremely proud of our multi-platform events programme which aims to connect as many kids globally as possible to the authors and illustrators and help bring stories alive.’
Registration is now open at www.puffinvirtuallylive.co.uk and Roald Dahl fans from across the globe are invited to join in this exclusive webcast. Last year’s PUFFIN VIRTUALLY LIVE reached a quarter of a million young people all over the globe, from Ipswich to India; from Huddersfield to Hong Kong.

Posted by Carousel at Monday, September 09, 2013 No comments:

Kevin Crossley-Holland, celebrated author and President of the School Library Association, delivered an enchanting and beautifully crafted lecture: Footprints on the Grass: Speaking of Gardens and Children's Books to a full house at Homerton College Cambridge on 6th September.
Philippa Pearce died in 2006, but respect and affection for her writing is as strong as ever. In her memory, a series of lectures is now underway, each intended to celebrate excellence in writing for children.
The inaugural Philippa Pearce Memorial Lecture was held on 11th September 2008, at Homerton College, Cambridge, and focused on Philippa Pearce's own writing and contribution to children's literature. Subsequent lectures have ranged more widely and speakers have included Michael Rosen, Michael Morpurgo, Philip Pullman and Malorie Blackman. The 2014 Lecture will be given by Frank Cottrell Boyce.
Kevin's speech was filmed and will be available on the Philippa Pearce Memorial Lecture website soon. http://www.pearcelecture.com 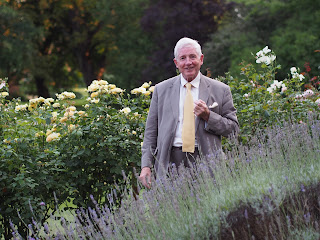 Posted by Carousel at Monday, September 09, 2013 No comments: